People like hope and that is what I am trying to give.

My name is Brad Sowter, I am 19 years old and I study architecture at the University of Kent. When I was a toddler my father was diagnosed with a brain tumour and he died shortly before my second birthday.

I was too young to really understand what was going on when my father died. It was hard to grow up without him and hard to explain to friends when I was little why he never picked me from school. I think it would have been enjoyable to have met him and do what a father and son should do.

The awareness of brain tumours needs to be fixed. There have been global campaigns to raise awareness of prostate, breast and testicular cancer, but not as much has been done for brain cancer.

So I started a campaign called Piece of Mind to raise awareness of brain cancer. With the help of Fixers, a movement to help young people tackle the issues that matter to them, I gave out t-shirts around university to spread the word about the symptoms of the disease. The t-shirts are designed with the campaign’s logo and have a QR code which people can scan to get more information.

Currently, with the aid of a fashion label called Illustrated People, I am designing a fashionable t-shirt which is to be sold to raise funds, hopefully in big high street shops.

Since starting the Piece of Mind campaign I have met and worked with some inspirational people who have personal experience of the disease. These include Becky Toms, Chandos Green who helped me start my campaign and Chris Finnegan from The Guardian. 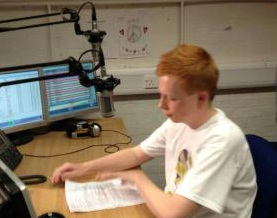 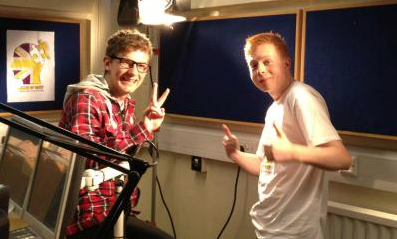