Tom’s been one of The Charity’s key supporters since he lost his dad to a brain tumour in 2011, championing our work across campaigns and social media and being the face of our BBC Lifeline Appeal in 2017.

Tom said: “It’s a charity very close to my heart. I lost my dad to a brain tumour and ever since, I wanted to do everything I can to help raise awareness and money and hopefully find a cure.

“My dad was an absolute joker. He would do everything in his power to embarrass me at any occasion. Now that I’m older I’ve got a kid myself, looking back he was sending just such strong messages about not caring what everyone else thought and just being himself.

“He would do anything to protect and help his friends and family and I think that’s something so admirable about him.

“Looking back, it’s one of the toughest things ever…

“The best piece of advice I could give to anyone who’s going through a loss from a brain tumour or is living with, is to be able to talk about it and be with people with similar experiences.

“That’s where The Brain Tumour Charity can really help you and link you with people who have gone through the same things, so you can just talk about things that have happened.

“Sometimes if you bottle things up it can become so difficult and overwhelming and to be able to speak about it can really help you when you have that support system.

“Hopefully with Brain Tumour Awareness Month, it will motivate people to get out and raise money because it’s now or never for such important work.

“It’s so crucial we have the funds to do the research to find a cure.”

Chandos Green, one of our Young Ambassadors, had the chance to watch Tom in training and chat to him.

“Watching diver after diver hit the water at up to 35mph, we all sat in wonder asking the same question ‘Surely it must hurt…a lot?’

After the morning training season, Tom spent time with Chandos and the other charity supporters, talking through Olympic training, being a dad, and keeping your eyes open the whole time. 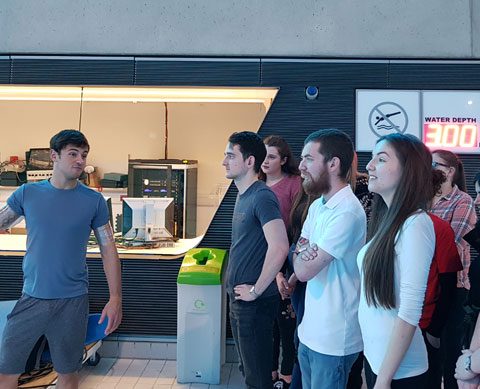 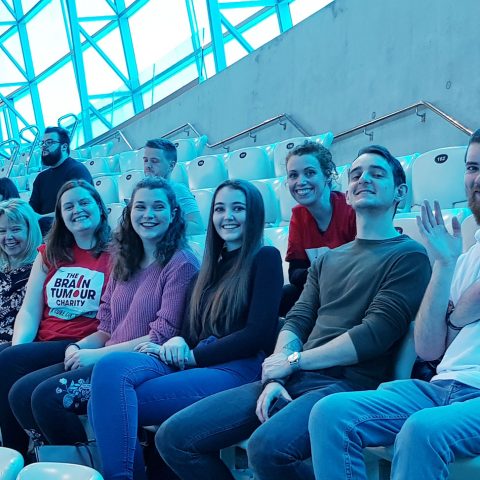 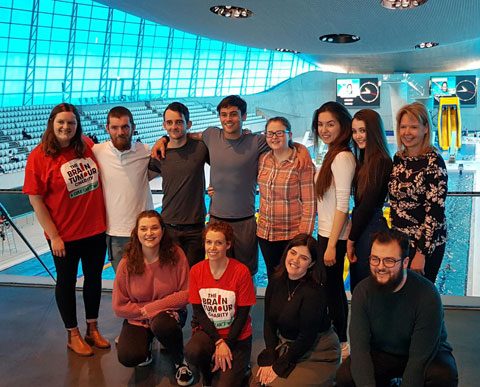 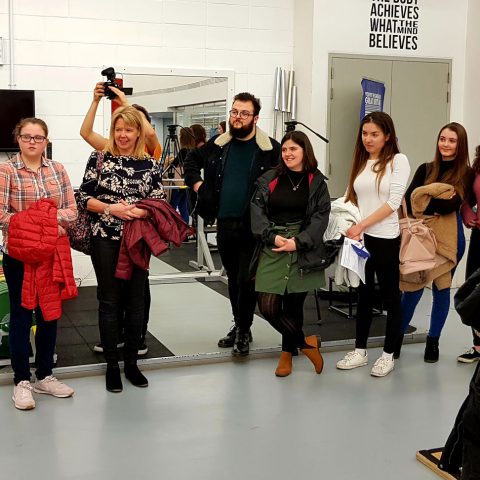 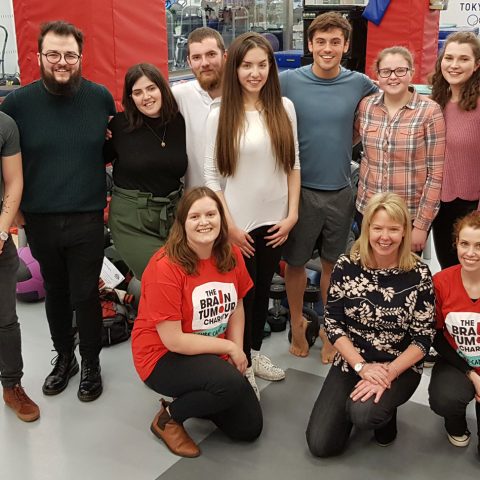 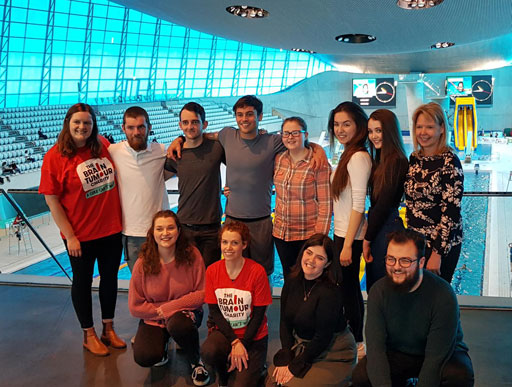 “As you can imagine, we all had a long list of questions to ask him after the training session had finished.

“Tom explained how when diving you have to keep your eyes open! This is to ensure they can complete the dive correctly, noticing each turn in the routine, based on a number of factors from their environment among other things.

“But no matter how well you write it on paper or say it out loud, I can’t even begin to imagine how it feels going at speed into a pool of water with your EYES OPEN; even the thought of it fills me with fear.

“When he was sharing his journey, it was clear that the sport is a huge drive for him and the personal approach he brought to the whole morning for us made it more evident that he, like everyone working towards a cure for brain tumours, is passionate about raising awareness.”