I always remember how Amelia stood on the day of Brendan’s funeral. Tall and strong and composed – concerned about those grieving around her and exhibiting the same selfless determination she always did. I remember being so proud of her as she held onto Ethan and said goodbye to the love of her life. Our amazing girl had suffered so much already.

Less than 2 years later, as she tried to rebuild her and her baby’s lives, Amelia started to exhibit symptoms. Strange burning sensations and shooting pains in her right arm – often brought on by hot water in the shower, pins and needles in her hand for no reason that wouldn’t go away, tiredness, headaches, dizziness. All symptoms were subtle at first and seemed to be quite easily dismissed or attributed to other things by her GP. Amelia had always had a keen awareness of her body, she was super fit and having nursed Brendan through his cancer to remission and back again, was only too aware of how our bodies can give us hints of a more serious problem lurking undetected. Amelia couldn’t shake the feeling that something was seriously wrong and visited her GP countless times over the next few years, always being dismissed as a woman in grief – that her symptoms were physical apparitions of her anxiety and emotional suffering since losing her husband – and nothing more sinister. Amelia remained undiagnosed from June 2013 through to January 2015. 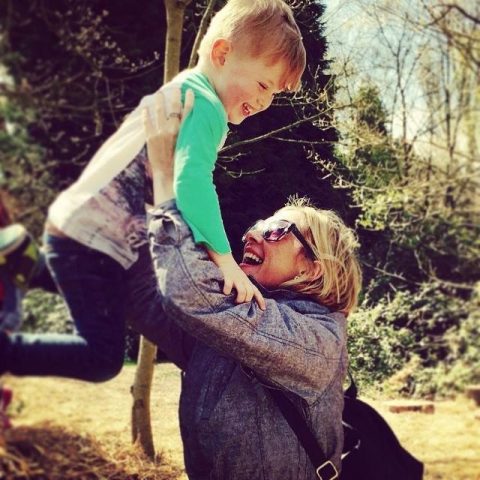 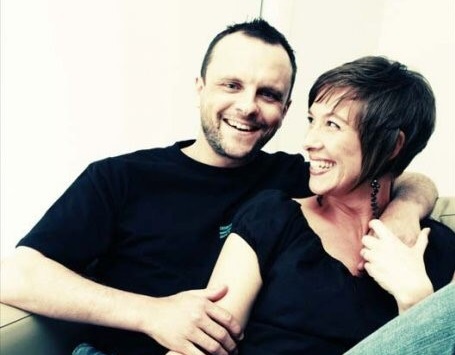 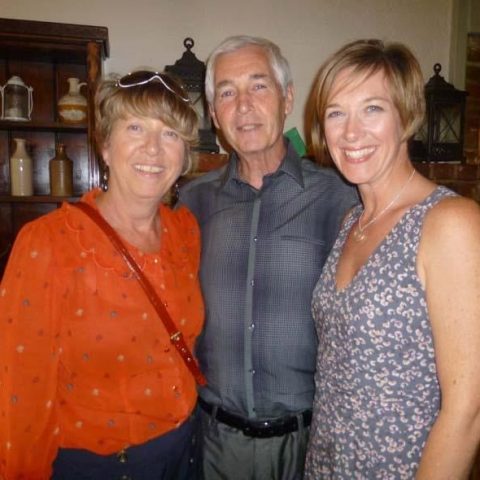 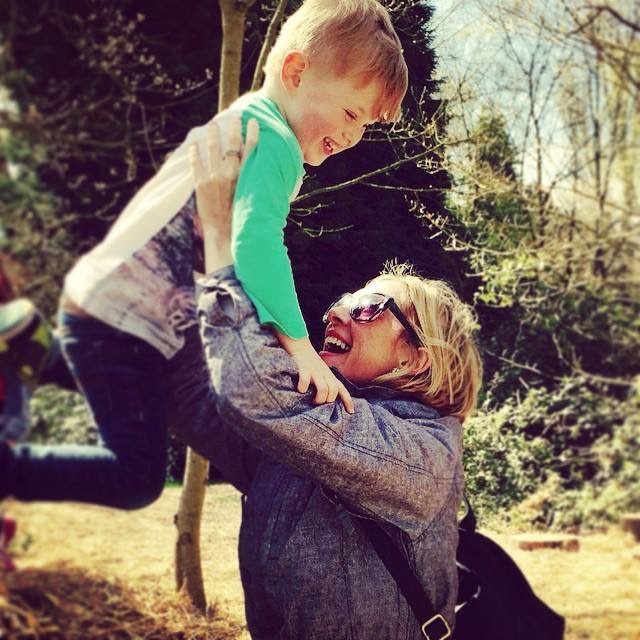 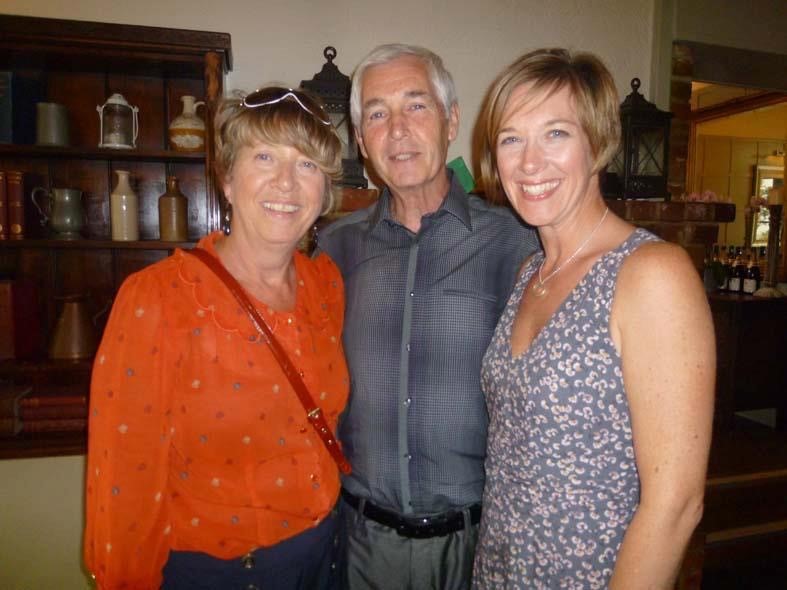 In January 2015, after finally being referred to a neurologist at the local hospital, and a further 3 month wait for an MRI appointment at Kings College Hospital, whilst visiting her husband’s family in Australia, she was asked to return to the UK due to ‘concerns’ with her scan results.

And so the “official” journey began. Amelia was finally diagnosed with a brain tumour. More tests and a biopsy in February 2015 confirmed the worst. Amelia had a Grade III Glioma – brain cancer. Her prognosis fluctuated wildly during the next few months as her team got a handle on her tumour and how it was behaving.

An 11 hour awake craniotomy in March 2015 followed, using a new and ground breaking electrical brain mapping. The surgeon removed as much of the tumour as possible – little by little to limit the deficit that might occur post surgery. The procedure was filmed and has since been used in teaching hospitals across the world – Amelia was very proud of that! She quickly got a name for herself within her wonderful oncology and neurological team at UCLH of being a tough cookie. Those close to her can’t remember any complaints for her own suffering – just her fears for Ethan and her loved ones and frustration at herself for being tired or feeling poorly.

Showing her unfaltering and undefeatable drive, Amelia got her affairs in order and made plans for Ethan to emigrate to his Dad’s family in Australia if she didn’t survive. She started to compile a Memory Book for Ethan, full of precious memories of her life with her husband, and wrote a wonderful letter to Ethan expressing her hopes for him, should she not be around to share them. Her unrelenting courage and determination in her darkest hours was breathtaking and she did this with the same grace and calm she always did.

By May 2015 she was up and about again, creating memories for Ethan with lovely holidays and outings with family and friends, ‘just in case’.

Radiotherapy began in August 2015, followed by ‘gold standard’ chemotherapy and she made light of her horrible radiotherapy mask by running an online competition to give it a name! Despite how poorly Amelia felt, and the onset of epilepsy and Grand Mal seizures, together with treatment side effects and tiredness, it was a rare occasion that she allowed her diagnosis to get the better of her, or detract from her life as a single Mum. She was ferocious in her research on brain tumours, immune support diets and ‘alternative’ therapies – eventually combining cannabis oil therapy alongside her chemotherapy. As dark as this disease is and its’ prognosis, Amelia and her family and friends never gave up hope.

But extreme exhaustion took over for a while. For around 10 months, Amelia had a few ‘good’ hours first thing in the morning, when she was able to get Ethan dressed for school, but by mid morning she was forced to retire and sleep for the rest of the day, waking up to eat and take her medication. During this time Amelia’s family and friends worked around her so that she got the rest she needed and, most importantly, kept a routine going for Ethan.

And so she continued her life with cancer, battling away regardless, various blue light trips to hospital, symptoms, side effects, the daily grind of it all, until May 2016 when we heard the wonderful news – the tumour had stopped growing!

Although there was never a complete return to health, the next few months were probably some of Amelia’s best since diagnosis as some of her old energy returned and she was able to do more physically. Her speech was less hampered – Grand Mal seizures stopped and there was a renewed hope for the future. Amelia got busy enjoying life!

“Love spending more time with my boy. I will never take these moments for granted. I’ve got a tick list for the summer. Watch this space. Have a good week all!” Facebook Post, May 2016. 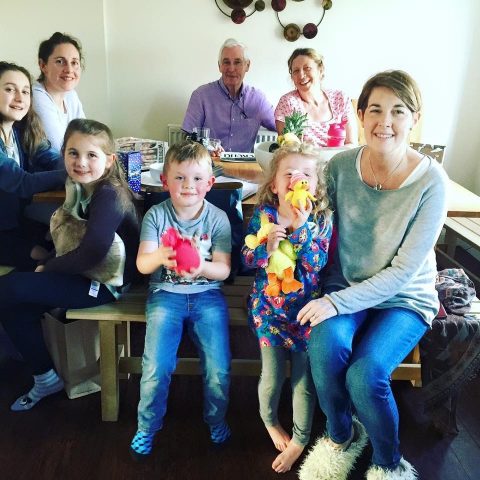 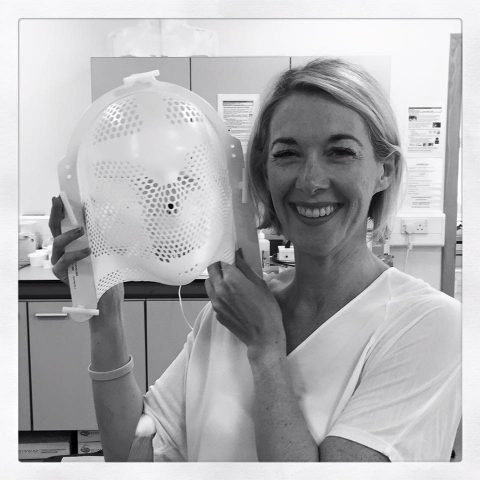 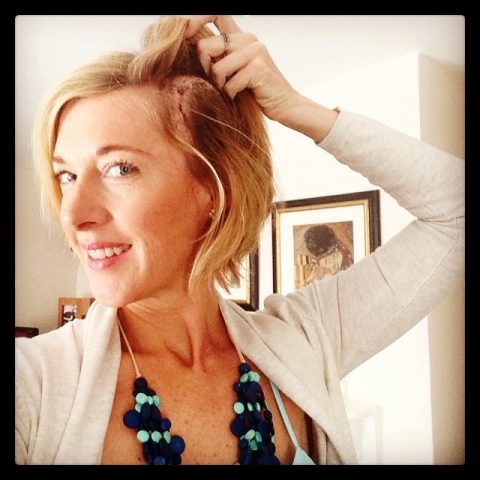 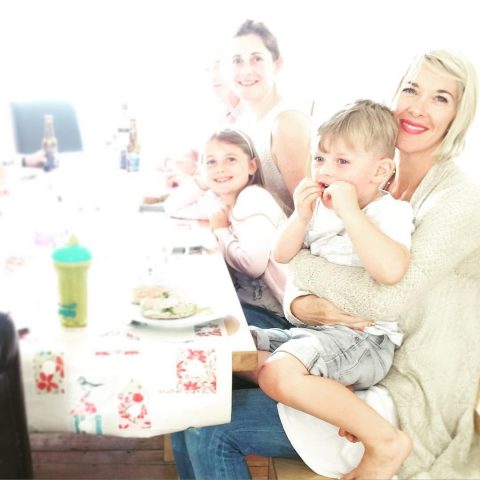 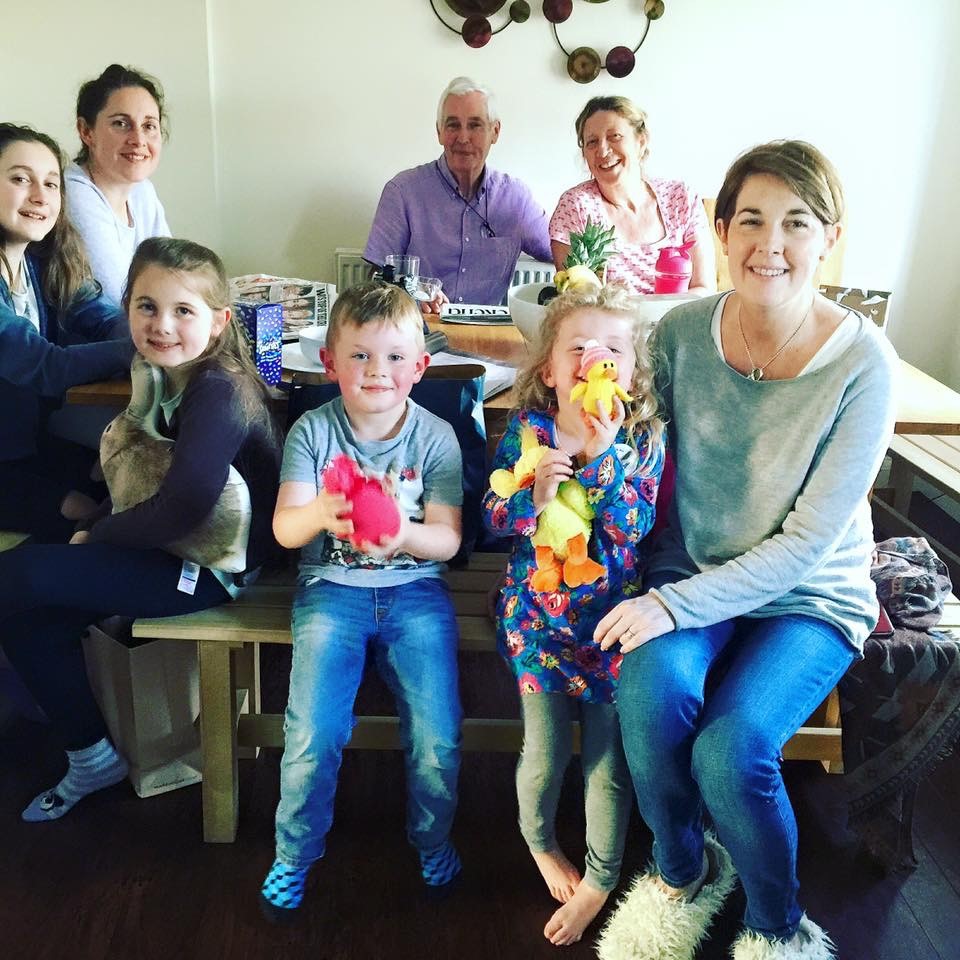 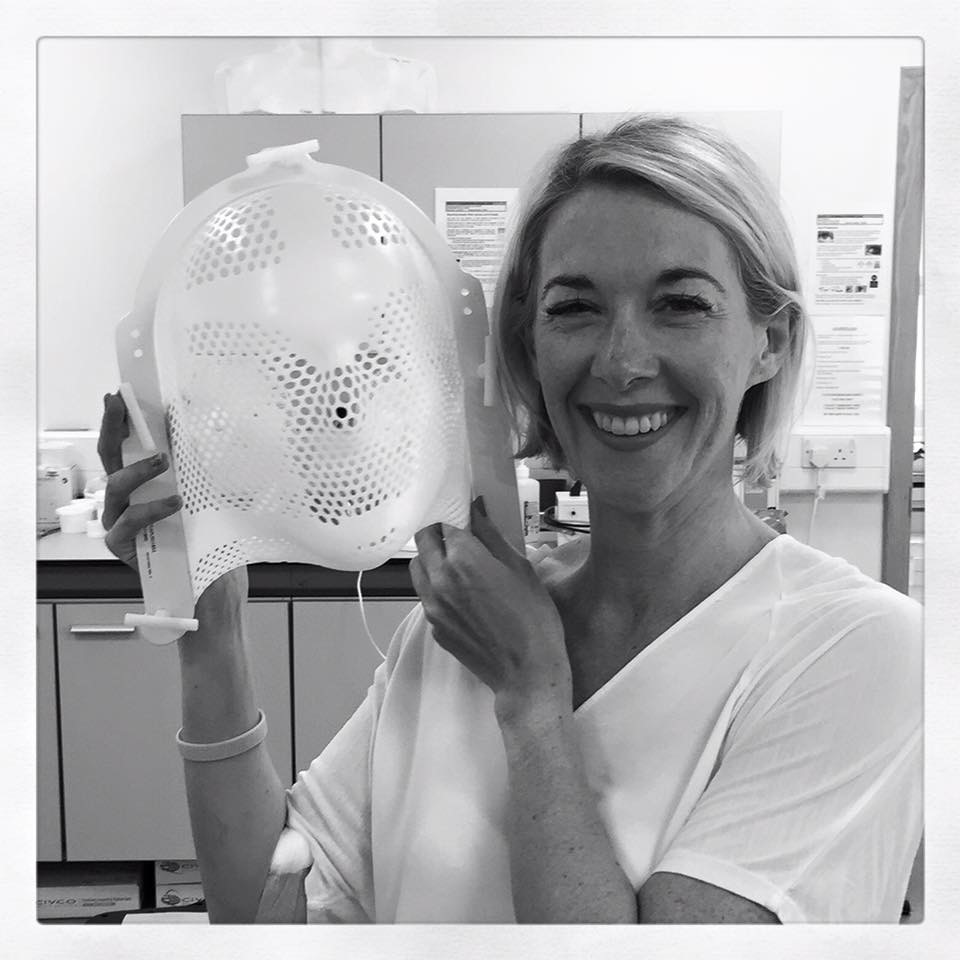 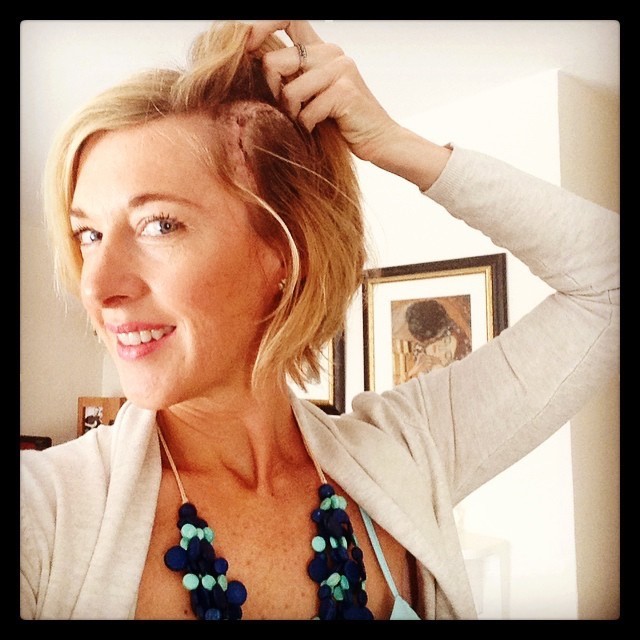 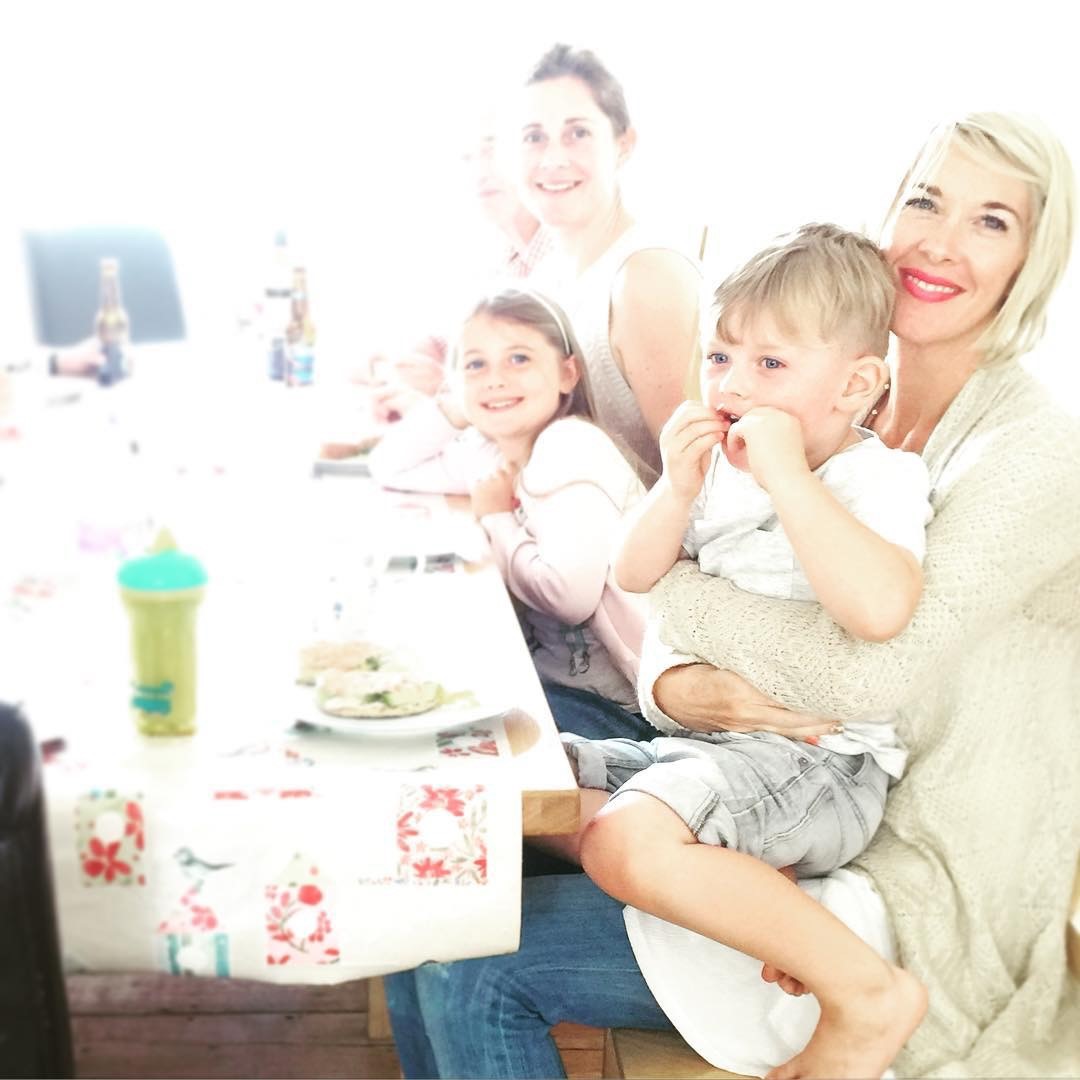 But by November 2016, seizures were back along with tumour growth – now an aggressive Grade 4 Glioblastoma. Amelia’s second awake craniotomy was an emergency affair the day before her 43 rd birthday. It went well but left her with much more apparent speech defects and compromised movement on her right side. Then came trial chemotherapy (Debrafenib) and another halt in growth of the tumour. Around this time Amelia received compensation for the pain and suffering she endured for the unnecessary referral delay from her GP, which could have been avoided and would have led to earlier diagnosis and treatment if it hadn’t occurred. Battling with a life limiting disease and with medical staff to get help took much determination. It had been an ongoing mission of hers to highlight the delays she had suffered and she hoped this would help to ensure others didn’t suffer with late or misdiagnosis as she had.

In a final act of bravery, knowing she didn’t have much time left, Amelia spent a night in a tent on a blow up camp bed with her son and close friends. Unable to speak or move very well and against all odds (and advice!), she gave Ethan just one more happy holiday memory before she died, a few days later, in hospital with her family and friends around her.

“Amelia’s Research Fund” has been set up by family and friends to honour Amelia and to raise as much money as we can for research in to adult Glioblastomas.