Adam was one of those people who everyone loved. He was popular, not only in his friendship groups but also with his colleagues at work. There was never a dull moment when you were in his company. He was good fun, kind, generous and happy.

On 23 August 2010, Adam went to work as normal when completely out of the blue, he had a seizure. He was taken to hospital where an MRI scan revealed a tumour at the front of his brain. He had surgery shortly after which debulked 98% of the tumour, followed by radiotherapy and chemotherapy. He dealt with his treatment amazingly. Never once did he feel sorry for himself. He was always so positive, with an attitude of “let’s get on with this and beat it”.

Following Adam’s surgery, his bone flap (the piece of skull that was removed and replaced so the surgeons could operate on his brain) became infected and had to be removed, leaving a deformity at the front of his head. He then had a further operation to replace the infected flap with a ceramic plate but this too became infected and was removed. Further replacements were planned but the skin on Adam’s head became too thin to accommodate them. As a result, Adam spent the majority of his illness with a deformed head. People stared and asked him what was wrong and children pointed, but he didn’t let it get him down. He was always so upbeat and cheerful.
After Adam’s initial treatment, life returned to normal. Adam and I married in 2012 and the following year, our son Dexter was born. Adam was a fantastic dad. He would look at Dexter with so much pride and love. We talked about our future with him – taking him to Disneyland, joining the Scouts and watching Formula 1 together! 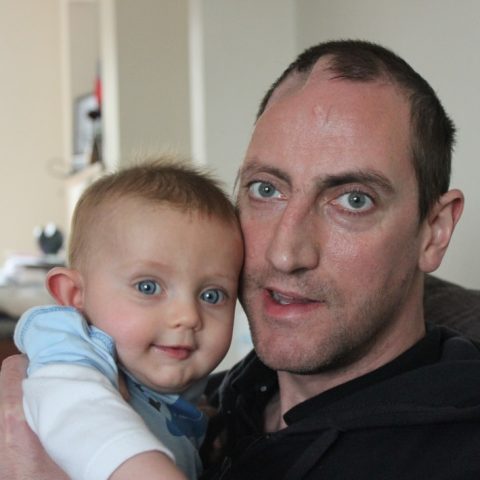 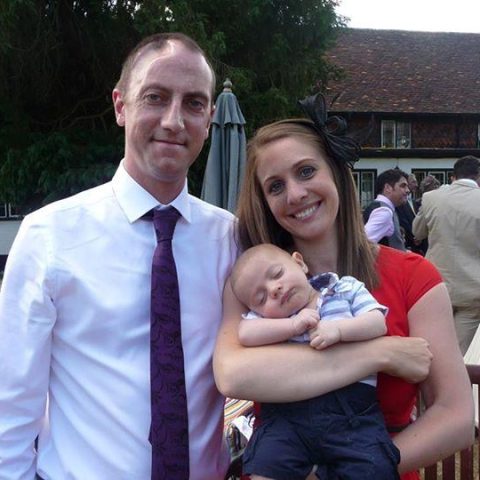 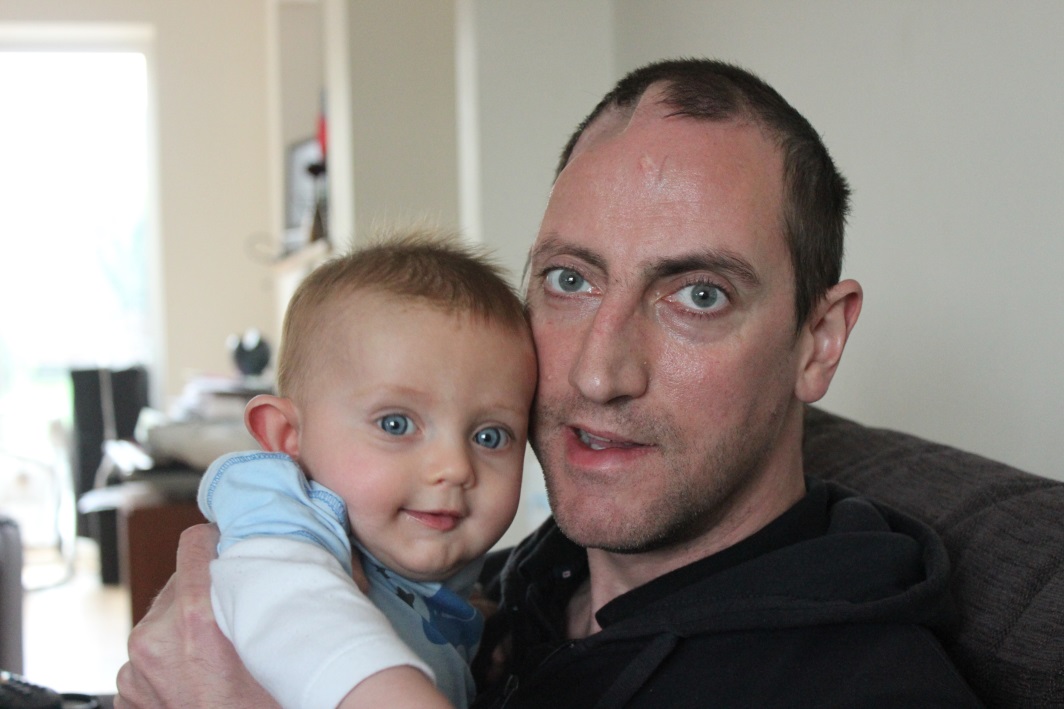 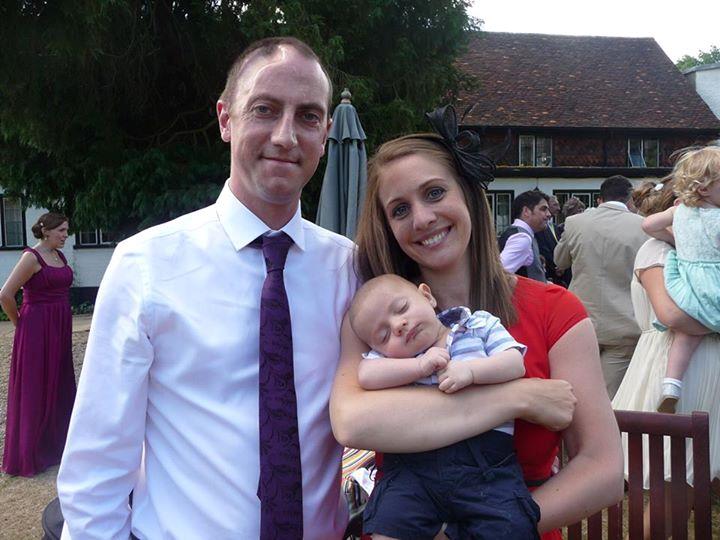 Unfortunately, we would never realise our dreams as a family of three. When Dexter was three months old, a routine MRI scan showed that Adam’s tumour had begun to regrow. With the same determined attitude, Adam completed another round of chemotherapy. However, we were told the treatment had been unsuccessful and his tumour was still growing and even more devastatingly, further tumours had appeared. At the same time, Adam’s physical and mental health began to deteriorate. He tried a different chemotherapy drug but unfortunately, this too had no impact and his health deteriorated even further. Despite hoping for the best, it was awful to finally realise that Adam’s health would never improve. We would never grow old together and our son would grow up without his daddy. After battling the disease with tremendous bravery, Adam passed away in a wonderful hospice in Abbey Wood, London on 16 March 2014. He was 36 years old.

I decided to set up a fund in Adam’s memory because I wanted something positive to come out of something so devastating – a decision which Adam would’ve supported and encouraged. I also wanted Adam’s friends and family to have a way to help maintain his legacy and keep our fond memories of him alive. Adam had an unforgettable impact on the lives of those who were fortunate enough to have met him and I hope the money raised for his fund goes some way to doing the same for others.