Our Dad was one in a million and is missed every single day. He was always in a good mood, positive, loved life, loved his career, loved socialising and above all, he adored his family. We have so many happy memories of our Dad giving us the best childhood. He was always there for us, always happy to get involved while working hard to provide for his family. He was not a materialistic person and never wanted anything except the people around him to be happy. And we were, until the 29th August 2018 when we received the most devastating news that our Dad had brain cancer. The Doctor’s words were “incurable and aggressive”. That was the day our hearts were truly shattered. 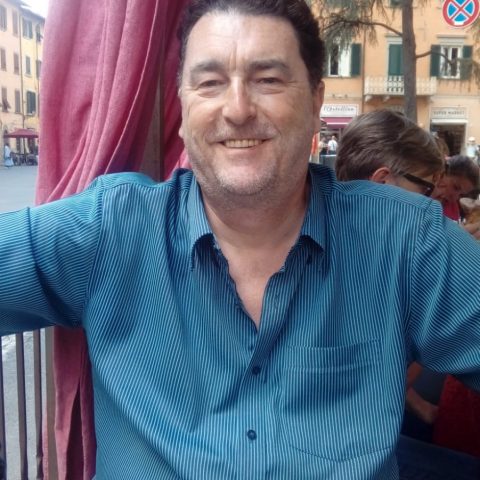 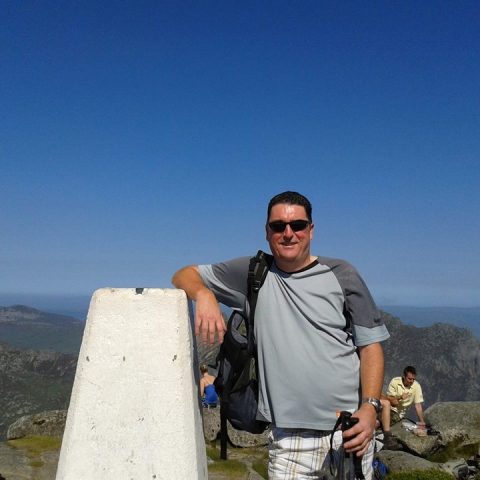 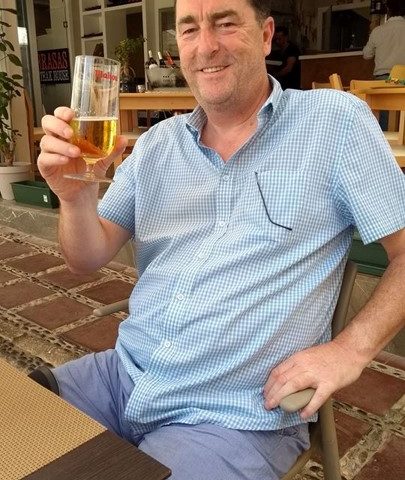 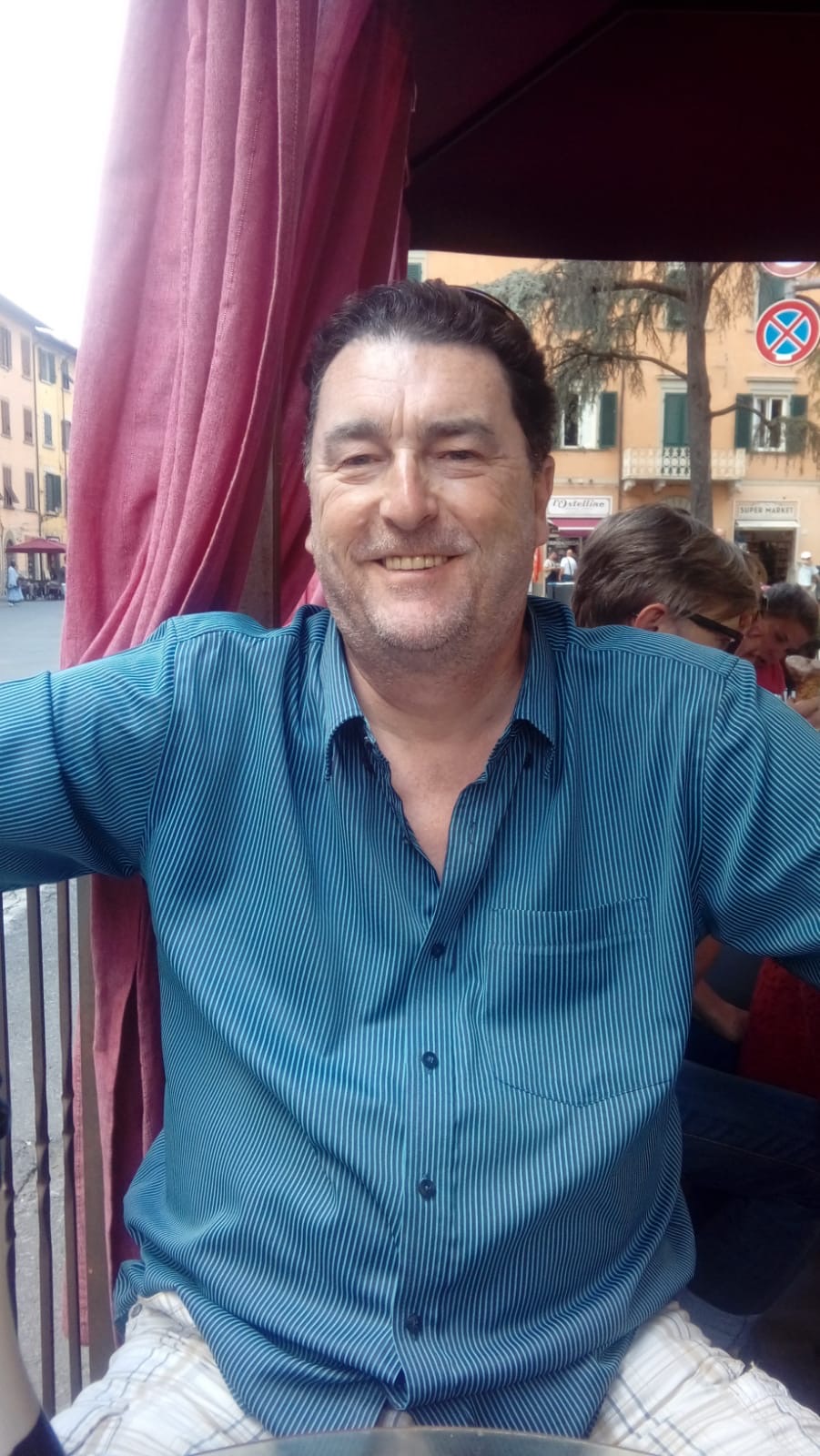 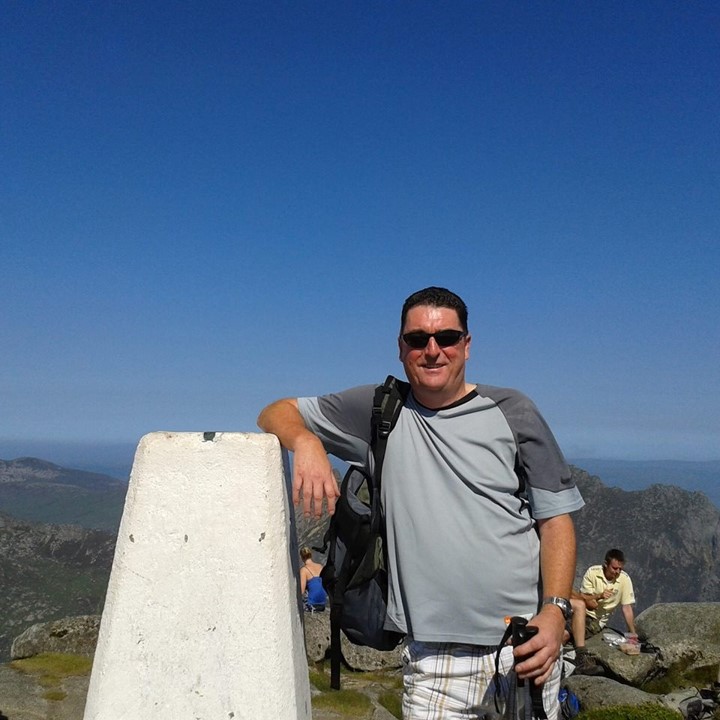 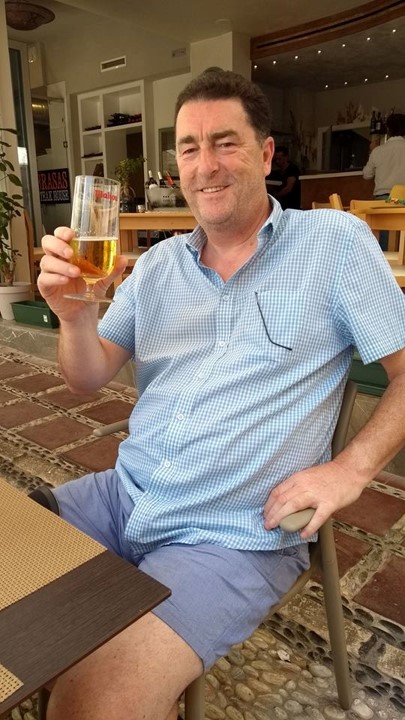 Our Dad had suffered with excruciating headaches for 6 months prior. He was misdiagnosed with vertigo by his GP and after several appointments and changing vertigo tablets nothing seemed to ease his pain. One day when the pain was unbearable, and he could barely stand, we took him to A&E only for him to be sent back home and told to speak to his GP about his ‘vertigo’. Seeing our usually fit and healthy Dad suffer like this was so difficult. One day at the end of August when our Dad described his pain as someone sticking a dagger into the back of his head our mum phoned for the doctor to come out. Thankfully the doctor sent him straight to hospital and he was kept in overnight. As a family we were so relieved that his pain and discomfort was finally being taken seriously. We were hopeful that he would be given the correct treatment this time and he could get his life back and begin his retirement. But sadly this was not to be.

A scan highlighted a mass on his brain and he was immediately transferred to the Queen Elizabeth Hospital in Glasgow. He underwent an emergency operation to drain fluid from his brain and immediately he felt so much better. For the next 12 days our Dad stayed in the hospital getting first class care and attention. In his usual style he raved about the food and would send us photos of his daily meals and being the sociable man that he was we were not surprised that he was on first name terms with most of the staff. We were delighted he was gradually getting back to his old self and were so proud of him when he came out of a full day’s craniotomy sitting up and with a smile on his face. The surgeon reported that they got pretty much all of the tangerine-sized tumour out and so we had a week to wait for the biopsy. During this week it never crossed our minds that we had so much more heartache to come. Looking back we were completely naive and we often talk about how silly we were not to contemplate the prognosis.

On 29th August, 2018 we were told our Dad had Stage 4 GBM, it was aggressive and incurable. Our world collapsed. How could this happen to our 60 year old Dad who had just retired months before and had many happy years ahead of him spending his retirement traveling the world with his wife, making lots of family memories and being the best Grandpa to his two young grandchildren?

Treatment consisted of the routine 6 weeks of radiotherapy and chemo followed by 6 months of chemo. Throughout the following 12 months not once did our Dad complain or moan about one single thing. He never spoke about what was happening to him and continued to be the loving family man he always had been. Towards the end things became really difficult for him. Our big strapping 6ft 2in Dad was now unable to walk, unable to move in his bed and the pain in his head had returned. He had no quality of life in his own home and was taken to the Ayrshire Hospice on August 16th. He spent 13 days in the hospice before slipping away from us on August 28th. 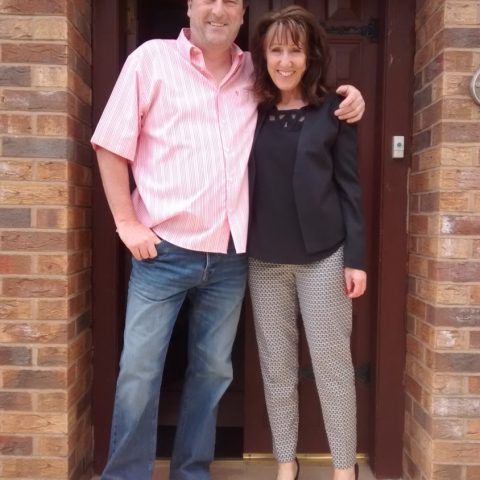 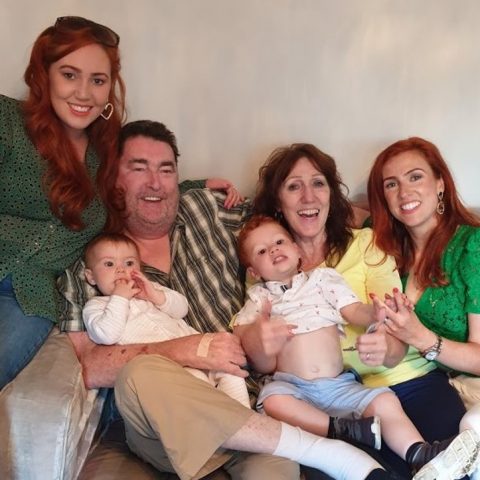 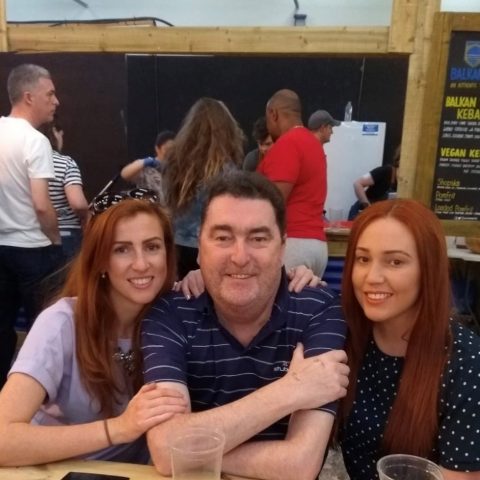 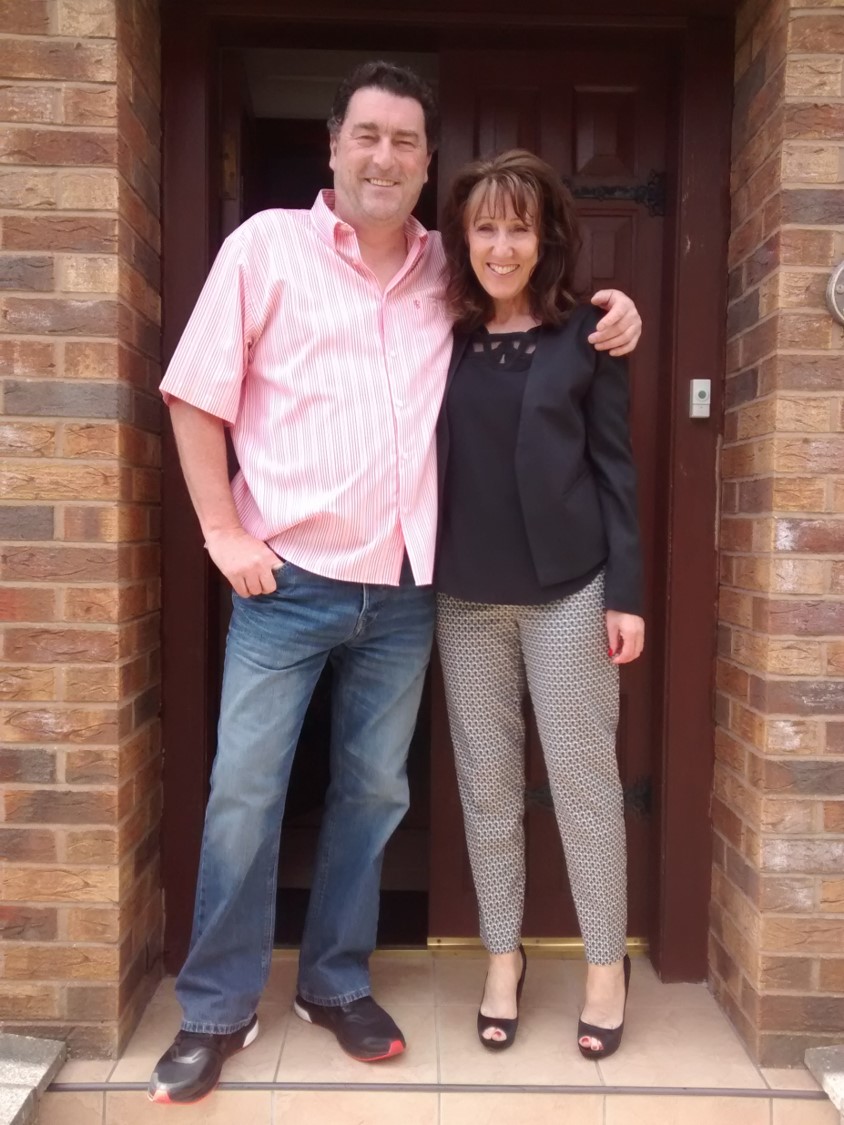 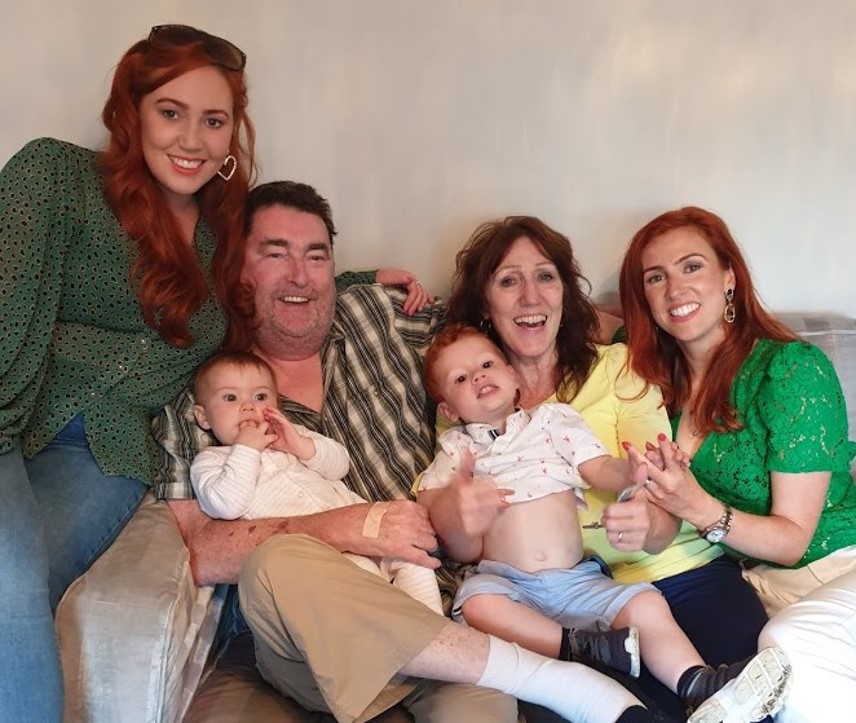 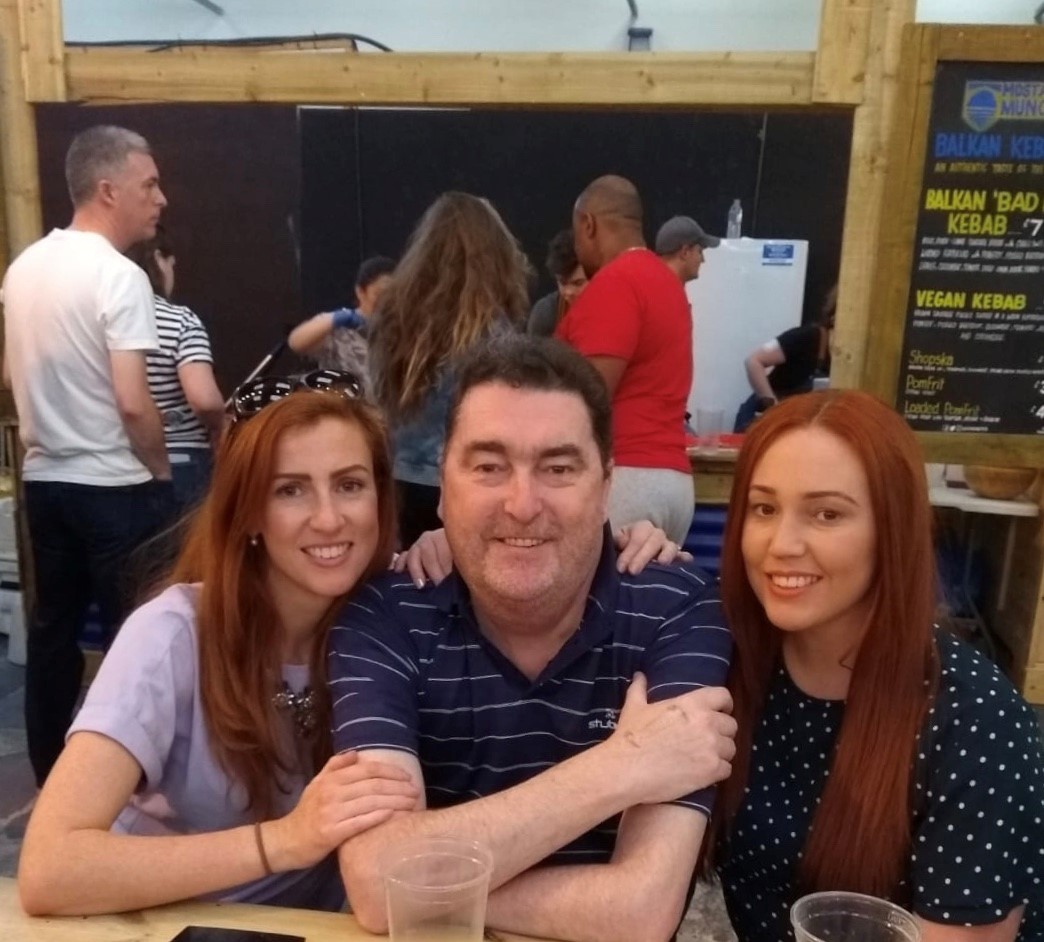 Our journey with our Dad has opened our eyes to this awful disease. We were very shocked to read about the lack of funding, especially compared to other curable cancers. Before our Dad passed away we spoke to him about the lack of funding and told him about a fundraising idea we had and the intention to hold an event which he could be present at with his family and friends. He loved the idea for our ‘Not Your Average Race Night’ and was involved in planning the event. When he entered the hospice we were still hopeful it would go ahead and we would be able to visit our dad and share the total raised with him. We had a countdown to the event on his wall and he would talk to the staff about the plans. Unfortunately the event had to be postponed but it did go ahead in November. And what a success it was. Our hugely generous family and friends raised over £14,000! We know our Dad would be absolutely overwhelmed with this and really touched.

Having to continue life without our Dad is the hardest thing but we feel so passionate about helping to support the charity find a cure someday in the future. It is only with generous donations that this will happen and so we are committed to planning more events, big and small, in the years to come to keep the profile of the charity high and the memory of a truly wonderful man alive.

Thank you for taking the time to read our story.