In February 2014 Cariss commenced her new nursing position as a Community Psychiatric Nurse working with Children, adolescents and their families. Working with young people and being able to give them the very best of her advice and experience was something that Cariss excelled at, and was very quickly recognised by her peers and managers as being an excellent CAMHS Nurse.

Needless to say, our family was devastated and all our lives turned upside down when Cariss was diagnosed in April/May 2014 with a grade 3 oligoastrocytoma brain tumour. Cariss had not been ill, but had noticed on a number of occasions ‘Deja vu’ symptoms along with a strange smell. Cariss followed her instincts and went to see the GP. Fortunately for us the GP was ‘on the ball’ and referred Cariss for a scan which showed a brain tumour in the right temporal lobe. A referral to the Queen Elizabeth Neuro Surgical Team in Birmingham followed. Cariss had her first craniotomy and de-bulking operation in June 2014. This was followed by six weeks of radiotherapy and six months of chemotherapy at New Cross Hospital, Wolverhampton. Throughout this time, Cariss never once asked ‘why me’. Instead she said she was lucky that she had such good friends, family and her beloved cat ‘Rosie’ to help her get through this.

During her time off work Cariss kept busy by organising fund raising events for The Brain Tumour Charity, which she continues to do. With the help of friends, family members and family friends Cariss is always well supported at these very well received events. So popular is Cariss, and enthusiastic about raising awareness and fundraising for The Brain Tumour Charity that she was invited to become a Community Ambassador – a role which she enjoys immensely.

To say that we are proud of Cariss is a huge understatement. The way Cariss has tackled her illness with courage, strength and dignity is a lesson for us all. Her positive outlook, sense of humour and love of life is inspiring to so many of her followers on social media.

We decided to set up this Supporters Group entitled Cariss’s Cure Crusade to continue raising money for The Brain Tumour Charity in the hope that one day with funding and further research, brain tumours will be eradicated for ever.

Cariss returned to work in April 2015 and was closely monitored by the Oncology department by having regular scans. In August 2017 we were informed that the tumour showed some re-growth and Cariss underwent a further craniotomy and de-bulking on 4th September 2017. The results of this showed that the tumour was now classified as a Glioblastoma Multiforme 4. Cariss was required to commence chemotherapy indefinitely and to continue with two monthly scans.

During a routine review consultation in February 2018 we were informed that yet again that there was regrowth of the tumour and another referral to the Queen Elizabeth Hospital Birmingham was required. Cariss is booked in for a third craniotomy 19th March 2018.

Cariss has received outstanding care from the NHS from both Professor Cruickshank and Dr Allerton and their Teams at The Queen Elizabeth and New Cross Hospitals. In addition to this, The Brain Tumour Charity has also been there supporting Cariss and us from the outset.

Since 2014 Cariss has most certainly been battling a crusade of her own and if the love of her family, friends, support from her care Professionals and The Brain Tumour Charity can get her through this then we will! 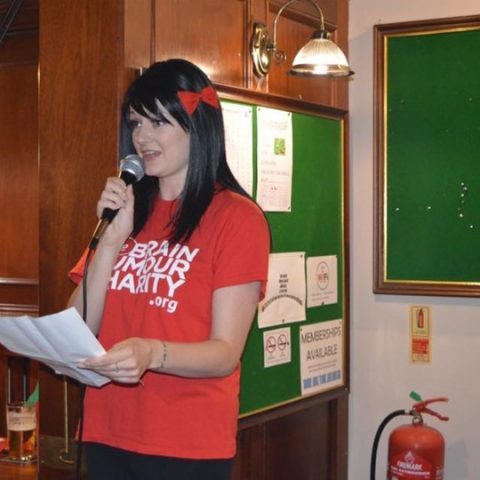 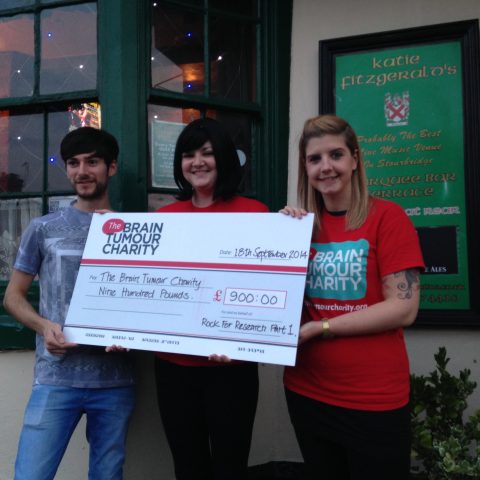 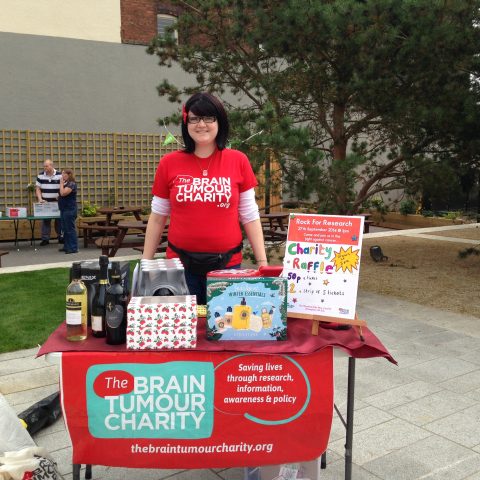 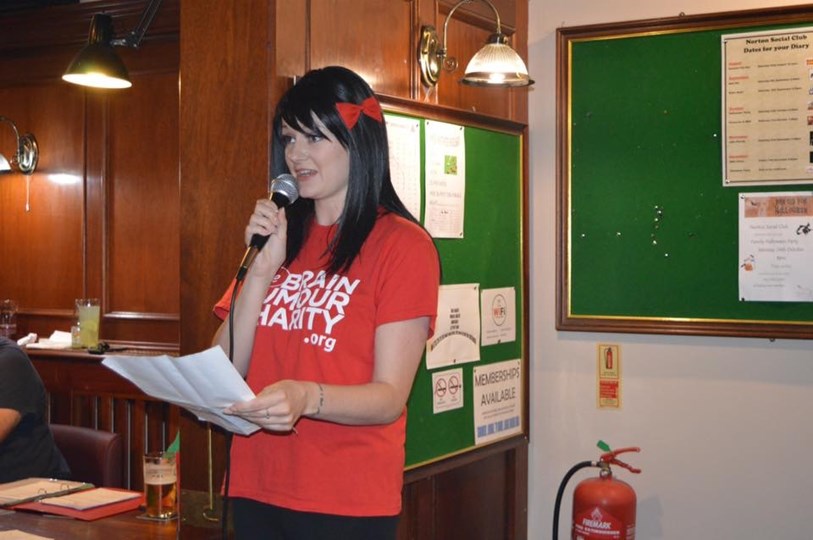 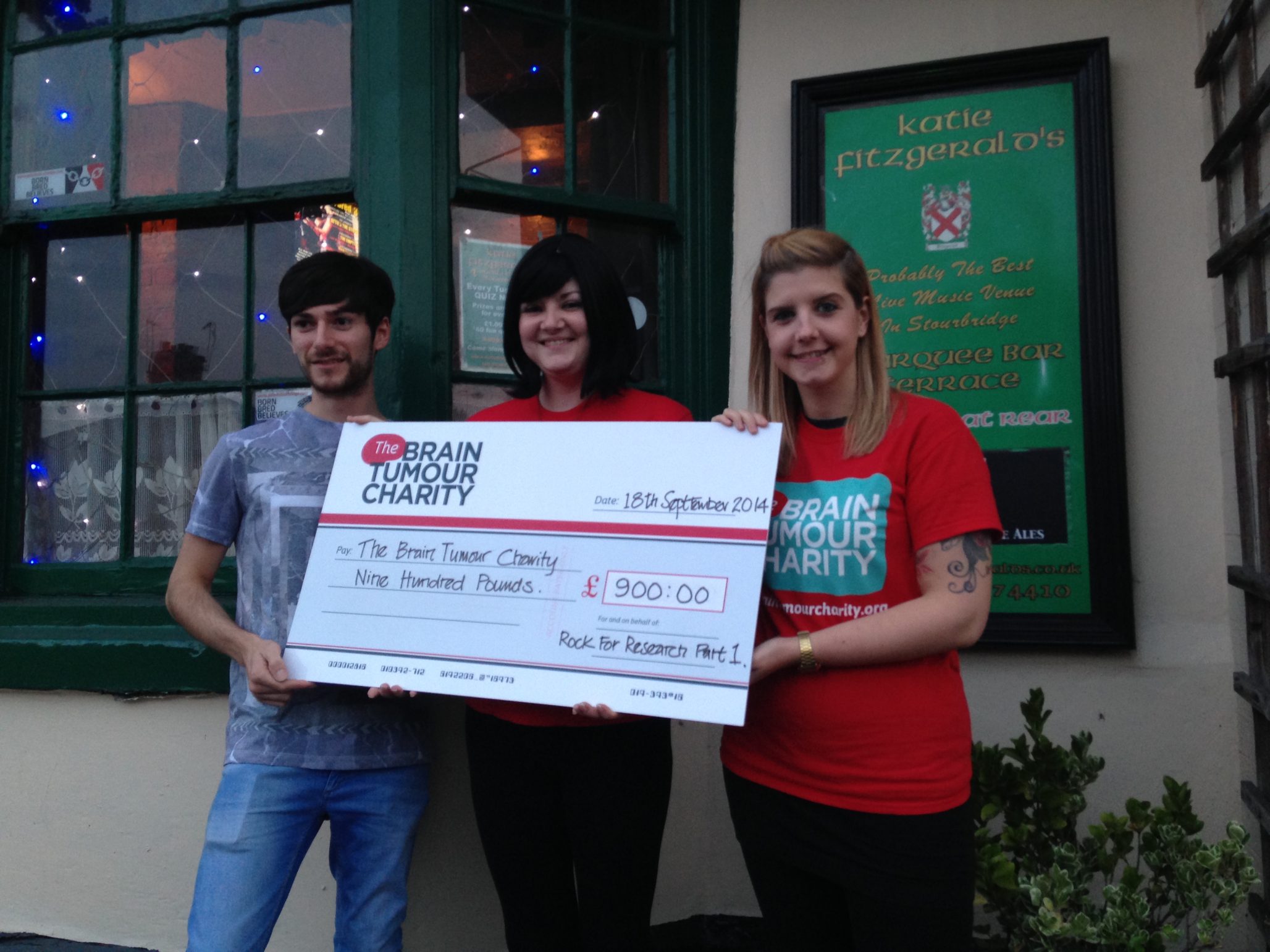 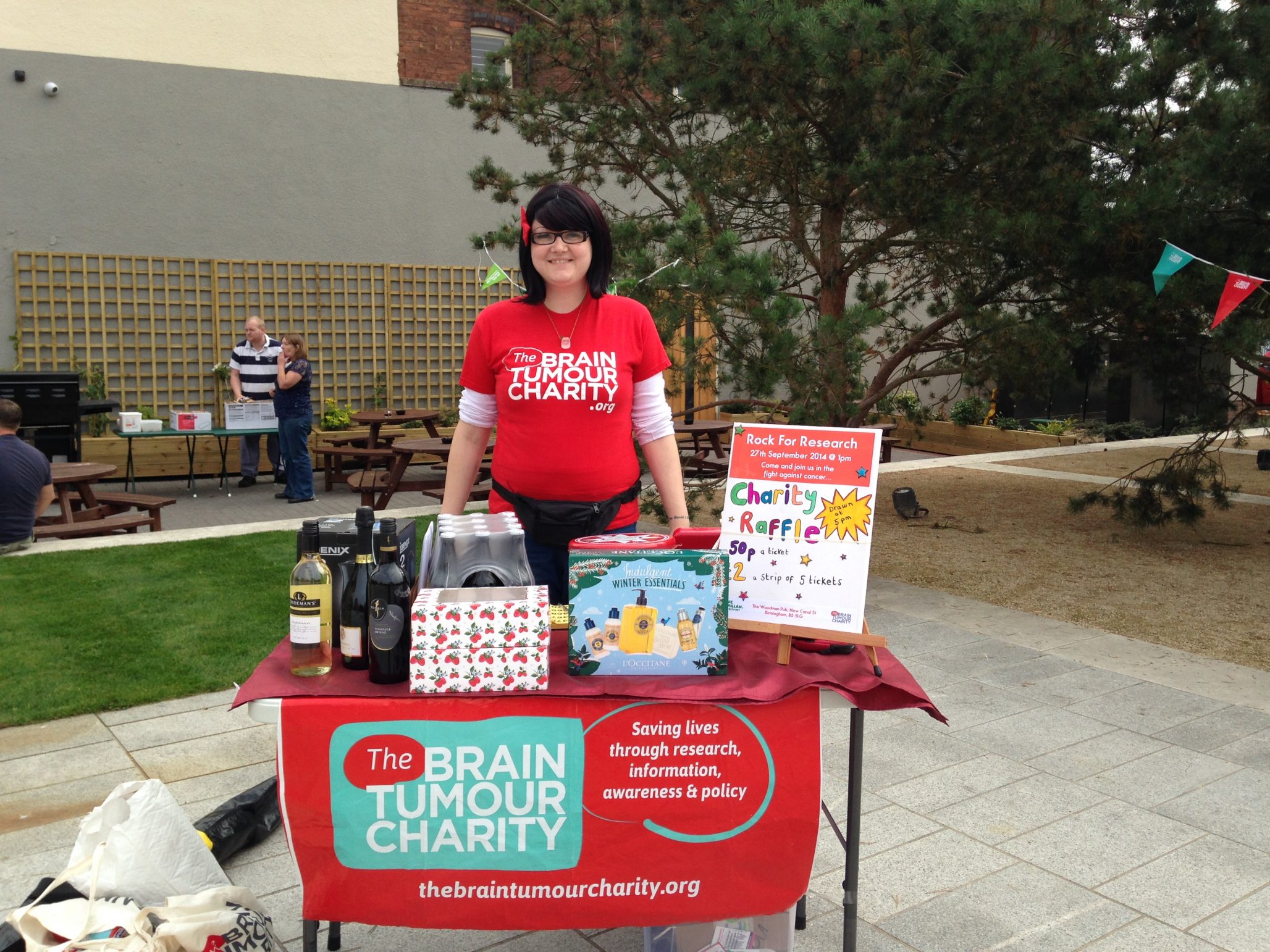 Cariss underwent her third operation in March 2018 at the Queen Elizabeth Hospital Birmingham and again received excellent care from all of the Nursing and Surgical staff there. Following this operation her recovery appeared to be a little slower, however she recovered and in June 2018 was awarded The Brain Tumour Volunteer of the Year Award. The whole family were so proud of Cariss, and John and l felt privileged to attend the ceremony with Cariss in London. It was a very moving evening, meeting other candidates and award winners who like Cariss were going through so much. We were also honoured to meet the rest of The Brain Tumour Charity Team, who made us feel very welcome and part of an extraordinary family!

The MC for the evening was Hal Cruttenden and we were joined by Hal and his lovely wife on our table. Cariss, John and myself had some lovely photos taken with him, which made the evening even more special.

Sadly for us Cariss’s condition deteriorated rapidly in July/August and by mid-August, Cariss had moved back home full time in order for us to take care of all her needs. The support we received during this difficult time from Cariss’s Oncology Team at New Cross Hospital Wolverhampton, her GP and District Nursing Team, Macmillan Nurse, Cariss’s Nursing Colleagues, The Brain Tumour Charity, and our own family and friends was phenomenal. 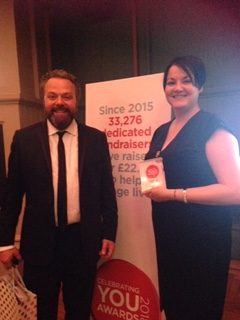 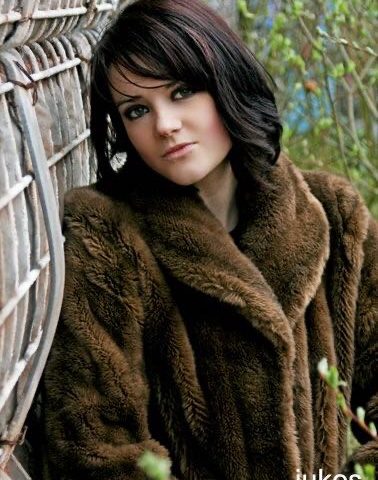 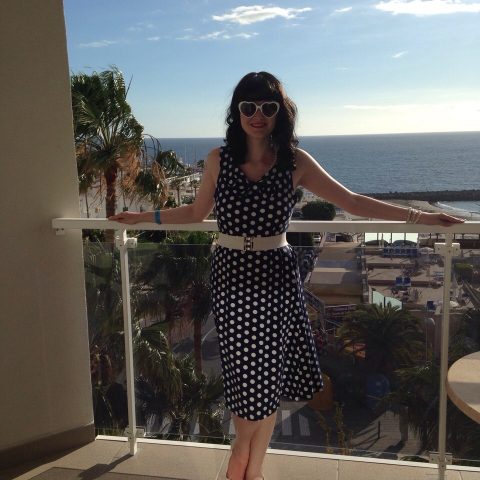 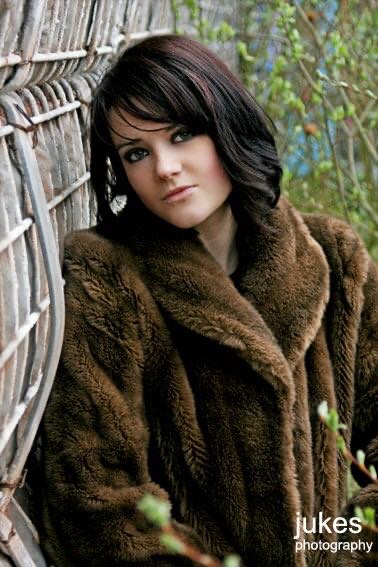 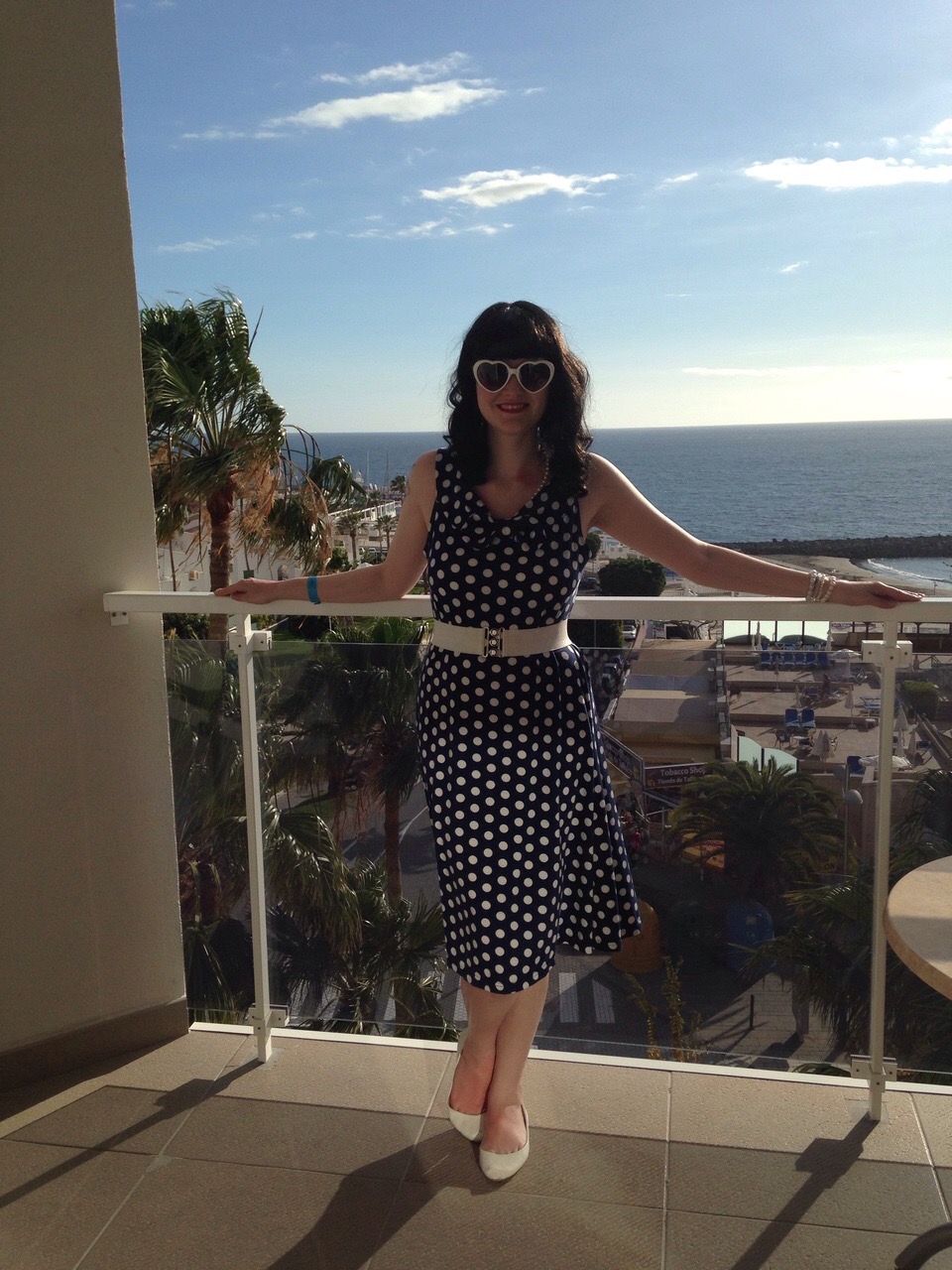 There are no words to express how a parent feels when a child of their own passes away for what seems like no rhyme or reason! It just doesn’t make sense and is completely in the wrong order of how things should happen and how life should be. Cariss had her whole life ahead of her, a home of her own, and a job which she excelled at (Child and Adolescent Mental Health Nurse).

Cariss put herself through so much to give herself more time with us, her friends and her huge social media following. Everyone who met Cariss was inspired by her courage and attitude in dealing with this devastating illness.

During the four and half years that Cariss lived with a brain tumour, she organised many charity events to raise funds and awareness for The Brain Tumour Charity. These included music and comedy nights, Raffles, Craft Fares and Christmas quiz nights. Alongside this, Cariss also helped raise funds for The Teenage Cancer Trust and continued with her Nursing role for as long as she was able to.

Cariss’s energy and zest for life was endless and knew no bounds, this is what makes her death so sad and senseless.

Money raised to date for ‘Cariss’ Cure Crusade’ is in excess of £24k. Fundraising in Cariss’s name will continue as part of her legacy.