Andrew “Pud” Leigh was a larger than life character who gained his nickname ” Pud ” from his love of steak pudding and chips in his teens, he was a proud family man who had a big heart, Andrew enjoyed helping people and was a loyal friend to many. Apart from his love of family and many friends his other love was football and particularly Bolton Wanderers Football Club. Andrew travelled far and wide to watch his beloved team play including Florida and Texas in pre- season games. The high point of his football fan days was going to watch the FIFA World Cup in 2002 in Japan and South Korea. Cricket also figured in his agenda and he liked nothing more than having a pint with his mates watching the play at Horwich Cricket Club.

“We have set up Andrew’s Supporter Group in memory of Andrew and hope to raise awareness and raise money to help fight this terrible illness.”

Andrew started his journey with brain cancer at age 49 when he first experienced unusual symptoms and went to his Accident and Emergency Department complaining of pins and needles in his hand, facial twitching, abdominal discomfort and feeling sick, he was misdiagnosed and told to make some lifestyle changes. Following a private consultation with a neurologist, Andrew was sent for a CT Scan which showed a lesion in his brain. Once his condition was correctly diagnosed, Glioblastoma Multiforme Grade 4 (GBM 4), around September 2015, Andrew had neurosurgery at Hope Hospital which including de- bulking of the tumour and biopsy. He received excellent treatment from Hope Hospital and Neuro Oncology at Christie Hospital and fought a hard battle enduring chemotherapy and radiotherapy. Throughout this time Andrew remained 100% positive and wanted to try everything to beat this illness despite the side effects .

Andrew was a generous man and always put others first throughout his life and during his illness, he had an auction of a valuable car number plate he owned (BWFC X1) and made £5000 towards Christie Hospital. Andrew loved cruising and planned one of his many cruises with his family and closest friends during a gap in his treatment, they travelled around the Mediterranean and he was able to enjoy this respite from treatment.

Andrew displayed massive determination to spend as much quality time with his family and friends despite the progression of his illness, he was able to get to his last game at Bolton Wanderers with his wife Susan, daughter Olivia aged 20 and son Harrison aged 15. Andrew was massively proud of his kids and his daughter Olivia continued to study despite caring for her Dad at home. Andrew was unable to tolerate any further treatment around October/November 2016 after a bleed on the brain. He started to receive palliative care and Hospice at Home care before Christmas 2016. Andrew had a good day on Christmas Day with his family.

Sadly Andrew passed away at age 50 at his home with is family around him on the 28th January 2017, 15 months after the diagnosis. His family and many friends were devastated.

Pud at The Who Concert in Dubai, Andrew was widely travelled and loved going to Dubai 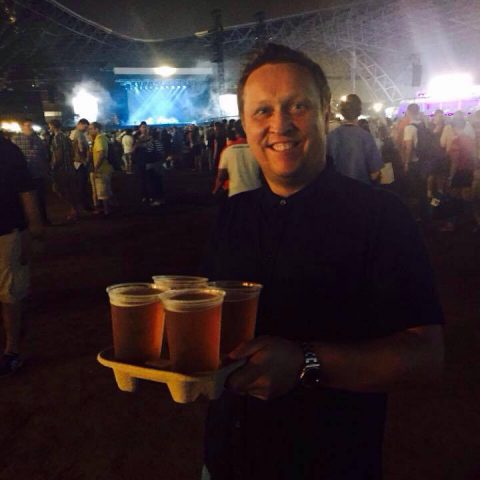 Pud in his favourite place , seen on left at Bolton Wanderers Football Club 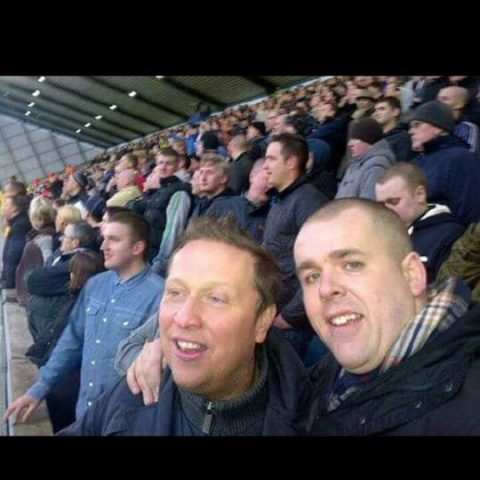 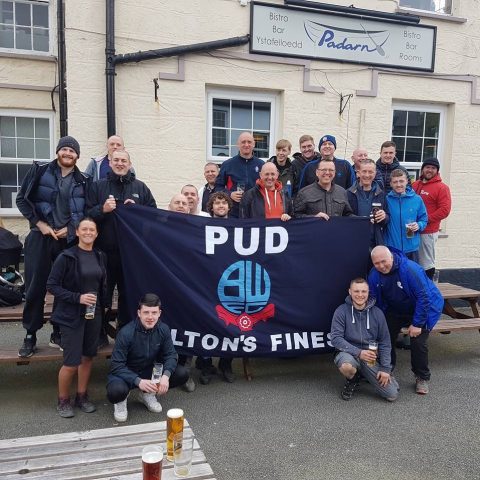 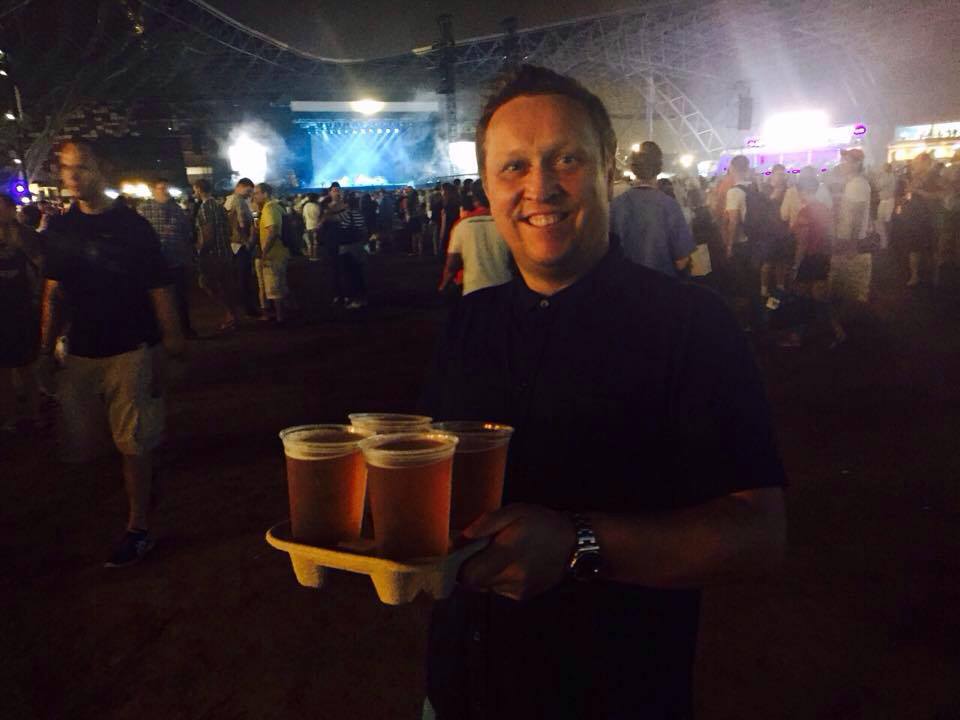 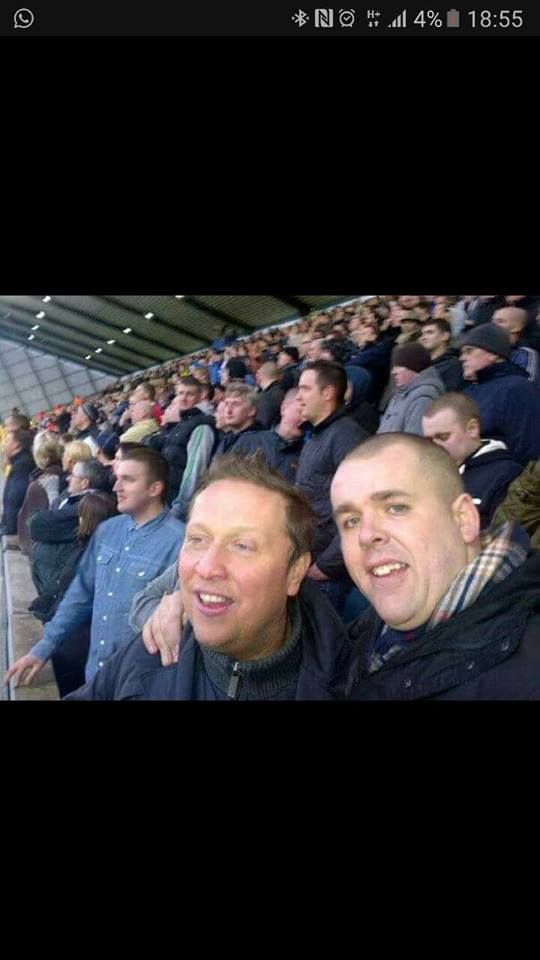 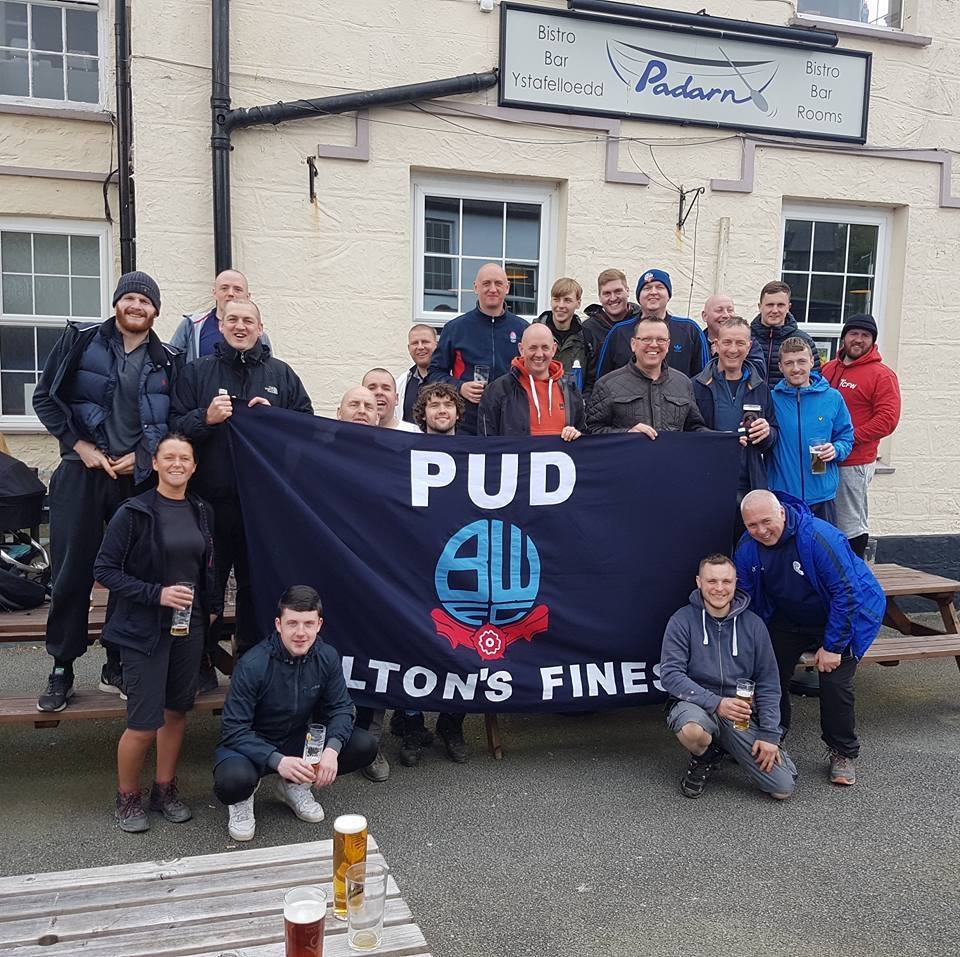 Such is the generosity of Andrew and his family that they decided to focus their fundraising events for The Brain Tumour Charity so that other people with brain tumours will have a better outcome and quality of life in the future. Only a few months after his passing, his family and friend’s organised a large fundraising night at Bolton Holiday Inn. Andrew’s football friends organised a sponsored walk up Mount Snowden in his memory. Several fans walked from the Bolton Macron Stadium to the away game at Port Vale. He even had a beer brewed in his name called “Pud’s Pint”. There were many other events including total warrior – an obstacle course run in the Lake District.

Losing Andrew is a devastating blow to his wife, his children and many, many friends, it feels surreal that he could be gone and our lives will never be the same without him. A sign of how loved and appreciated he was is that over 900 people attended his funeral at Bolton Parish Church. Andrew was a fantastic husband, dad, brother, uncle, godfather and friend to so many. I know that he will be watching his favourite team Bolton Wanderers and shouting the loudest “Come on You Whites “

It is a remarkable and inspiring thing that despite grieving for her dad, his daughter Olivia has just received a first-class master’s degree in Business Studies and a Distinction in her dissertation. In her own words “I did this for you Dad.” After a year out travelling, Olivia will go on to do her PhD and become a doctor in her field of work. Olivia wants to do so much more to increase awareness and fundraising for fast growing brain tumours

Andrew’s family would like to thank everyone who has supported the family throughout a very difficult time, and given time and money and contributed to the success of the fundraising events.