Returning to school – sharing a story

After a brain tumour diagnosis and any length of time off, for many children (and their parents) starting or returning to school can feel overwhelming and scary. The experience of sharing a story can be extremely empowering for a child, allowing them to take some control in a situation that they have very little control of.

I think being able to talk about Maisie's cancer in the class gave her friends reassurance that it was okay to ask questions. It made Maisie’s transition back to school easier, not only for Maisie, but the teachers and pupils too.

Mum of daughter diagnosed with a tumour

Remember that every child has their own unique coping style, so understanding what feels best for them will help with handling questions and thoughts from others in a way they’re comfortable with.

Do keep in mind that not every child will want to share their story themselves or even at all, if they don’t feel ready. This is fine.

This resource is designed to be used flexibly and so these ideas can be used at any point along a child’s journey, if and when they feel ready.

Questions to keep in mind 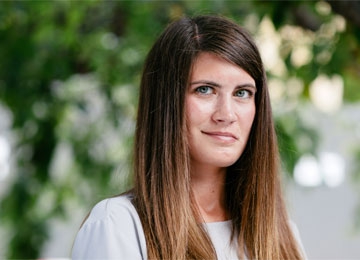 I found holding Charity events and taking charge of these as a child helped me to feel part of the school community.

Emma Bassett, diagnosed with a brain tumour in 2004, aged 12

When my boy was diagnosed, I spoke to his teacher who offered to speak to his classmates. My son agreed to her telling the whole year group and he let them ask him questions.

Emma, mum of Charlie (12), on her experience of her son returning to school following a brain tumour diagnosis.

My daughter was 17 at diagnosis. She did her first talk with no hair and took in her radiotherapy mask.

Sarah, mum of daughter affected by a brain tumour

My daughter was in Year 5 when she was diagnosed. The hardest part was telling her friends. Her teacher was amazing and explained it all

Mum of daughter diagnosed with a brain tumour

We’ve put together an activity book, which can be used by the child to explore their thoughts and feelings about their brain tumour and to help them think about how they might want to share their story. This resource can be a great guide for you as a teacher to get them thinking about what they want to tell their friends.

Although this resource is aimed towards primary aged school children (7 – 12 years old), it can be easily adapted to suit those younger and older. You may find that with older children (particularly those in the later years at secondary school) taking a more informal approach to planning how they may share their story may feel more appropriate, e.g. using mind maps or simply bullet pointing what they do and don’t want to share.

Of course, this will all depend upon the individual needs of a child, which can vary hugely.

Please note: For some children, the process of talking these things through, may evoke some difficult emotions. If this is the case, you can help the child by validating their feelings whilst also gently encouraging them to identify their strengths.

Using a strength-based approach is important. It’s about identifying what is the same for the child, rather than just what’s changed. 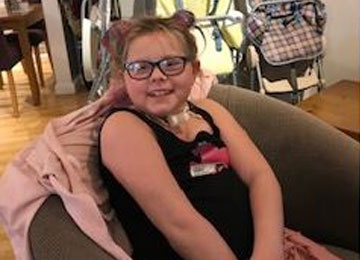 I was incredibly fortunate to be Maisie's class teacher and have so many fond memories of her before she became poorly, but also watching her deal so strongly with her illness.

“I was incredibly fortunate to be Maisie's class teacher and have so many fond memories of her before she became poorly, but also watching her deal so strongly with her illness. Getting Maisie back into school was very important so that she could still be that little girl who loved learning and being around her friends.

“Maisie was able to speak openly about her illness and gave a talk before coming back into school to explain why she was in the wheelchair and what the tubes did. I believe this allowed her to be more in control of her illness and also demonstrate to the children that they could ask her anything and she would answer them truthfully and immediately.

“One little boy once said 'Mrs Shaw, I think Maisie is on fire!' about her tracheotomy. Maisie was able to explain immediately what it was and that she was okay and he had nothing to worry about.

“The children were in awe of Maisie and wanted to know where she was every day and they were so happy when she was coming in for the lessons. We would make sure that Maisie was involved in the lesson as normally as possible and I know she liked the challenges that we set her, as it reminded her that, in the classroom, she was just like everyone else.

“Maisie was the most incredible little girl and if we can encourage other children who’re going through something similar to return to the classroom, then her legacy lives on and for that I know she would be proud.”

Remember, there’s no right or wrong way for a child to tell their story - the ideas and opportunities are endless. Here are just a few:

We’ve also created some downloadable cards for the child to show to their friends when they’re tired and/or don’t want to keep explaining how they’re feeling or why they’re behaving the way they are. The resources includes some blank ones for children to create their own 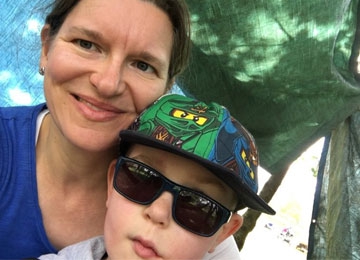 Rowan was diagnosed with a brain tumour soon after birth. His visible differences, even at such a young age, triggered us to think about how he would cope at school.

Kerry, mum of Rowan (eight) who was diagnosed with a low grade brain tumour in 2011

"Rowan was diagnosed with a brain tumour soon after birth. His visible differences, even at such a young age, triggered us to think about how he would cope at school.

“I shared all that I could with school, so that the whole school community were behind and alongside us. I took books to share with the children about Rowan’s disabilities and these helped the children to understand a little about why Rowan’s smile and eyes are a little different and about
his deafness.

“I wrote the story The Adventures of Super Brain for Rowan and the wider school community, to support a more age-appropriate understanding of Rowan’s amazing brain and how it manages the troublesome tricks of Terry, the Teratoma Tumour. The book is like a social story, it’s visual and the words are carefully chosen, but it remains playful.

“The story includes Rowan’s strengths and the strengths of his friends to normalise differences and similarities. The book explains how Terry the Tumour makes life tricky by working through each area of Rowan’s challenges and how Super Brain adapts and makes good use of strategies and equipment to support Rowan to overcome Terry’s tricks. Rowan’s confidence and self-esteem improved and he has learnt to work with his Super Brain (his strengths) to be more resilient, hopeful and accepting of his disabilities and abilities.

“Rowan’s older brother took the book into his school and read it with the children and staff in his class. The children’s engagement with Rowan in the months that followed shifted enormously. They asked freely how Super Brain is and if Terry was behaving himself. Rowan’s beaming face said it all when he joined me on school runs to collect his brother.

“The book has been used as a template and adapted by a family whose daughter was bullied in her first school because her brain tumour resulted in facial paralysis. The impact was dramatic and the little girl has not experienced unkind words, because her peers have a more meaningful understanding.

“Writing a bespoke story was the only option for us because each disabled child or child experiencing symptoms of a brain tumour is different and it needed to be relevant and relatable.

What if a child doesn’t want to share their story?

It’s okay if a child doesn’t want to share their story. There can be a range of factors which affect this, e.g. age, personality, timing and coping styles. We also know that teenagers in particular are often concerned with fitting in with their peers, and that having a brain tumour may make them feel different.

At first, I didn’t want to talk about my illness/only had one person to talk to about it. I found having different ways to express my feelings, e.g. through painting and music, helped.

Emma Bassett, diagnosed with a brain tumour in 2004, aged 13

If the child doesn’t want to share their story, you’ll still need to have a conversation with the pupil about what they do want the school to know about, as they’re likely to have time off. It may be that the child wants the school to know something as simple as they’ve been unwell or off sick. The child themselves can then talk to individual peers about what’s happened, if they want to.

There’s still a lot you can do to support the child at school in a more subtle way, with their agreement. For example, having a ‘time out’ card or gesture when they need to go to a particular (designated) quiet area, if things get too much and they need time way.

Of course, the child may change their mind about sharing their story later down the line, e.g. after a transition to a new year/school.

Our Children & Families team offers support to children, young people and families affected by a brain tumour diagnosis. We're here to help with any information you might need, answer your questions, listen and provide support.

Meet Jake! In this video he helps children to understand their brain tumour diagnosis in a comforting and reassuring way.